Every big UK ad agency wants a supermarket account and Lidl has helped to keep Omnicom’s TBWA afloat for the last five years, prior to its arm’s length merger with Lucky Generals.

But now the German discounter is reported to be looking for a new agency with TBWA declining to repitch.

It’s a tough old world and Lidl has prospered mightily with the aid of TBWA, increasing its share of ther UK market to nearly six per cent. It has, though, lagged German rival Aldi which is verging on eight per cent. 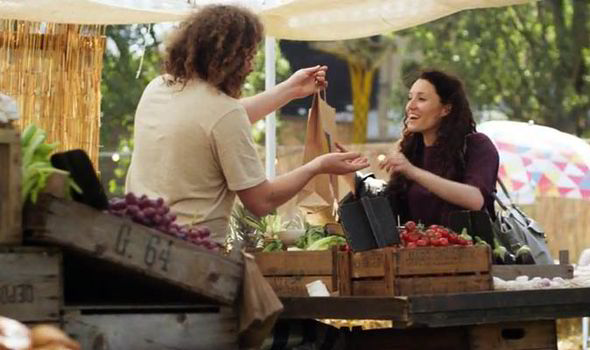 There are lots of reasons for this outside advertising of course, the number and state of the shops and also online, at which Aldi excels. Aldi’s advertising through McCann has also been widely praised.

It’s possible that both discounters are feeling the pressure of becoming more mainstream; needing to improve their shops and marketing offer to grab the next chunk from the established UK giants. Tesco is back on form under CEO Dave Lewis (with some good advertising from BBH) and expected to launch its own discount chain soon. This might not do much for Tesco’s profits but will make life much harder for Lidl and Aldi.

Sainsbury’s is trying to merge with Walmart-owned Asda although it has to navigate a Competition and Markets Authority investigation first. Sainsbury’s has problems of its own with some of stores and service looking ragged as its management has other things on its mind.

So it’s a reasonable time to review, from Lidl’s point of view.

Tough on TBWA though.